“Over the last 12 months, REVA’s Western Region operations have grown to meet a steadily increasing demand for safe, reliable, and cost-effective air-medical transfers both domestically and internationally,” Weisz said. “The demand has been fueled by a growing population of active, traveling retirees associated with the Phoenix/Tucson gateway, and robust tourism in the surrounding areas,” Weisz added.

The unique configuration of REVA’s fixed-wing Learjet fleet meets the aero-medical industry’s need for fast, long-distance-air ambulance travel over a wide geographical range. Its economies of scale have outgrown the need to station numerous planes at peripheral outposts. 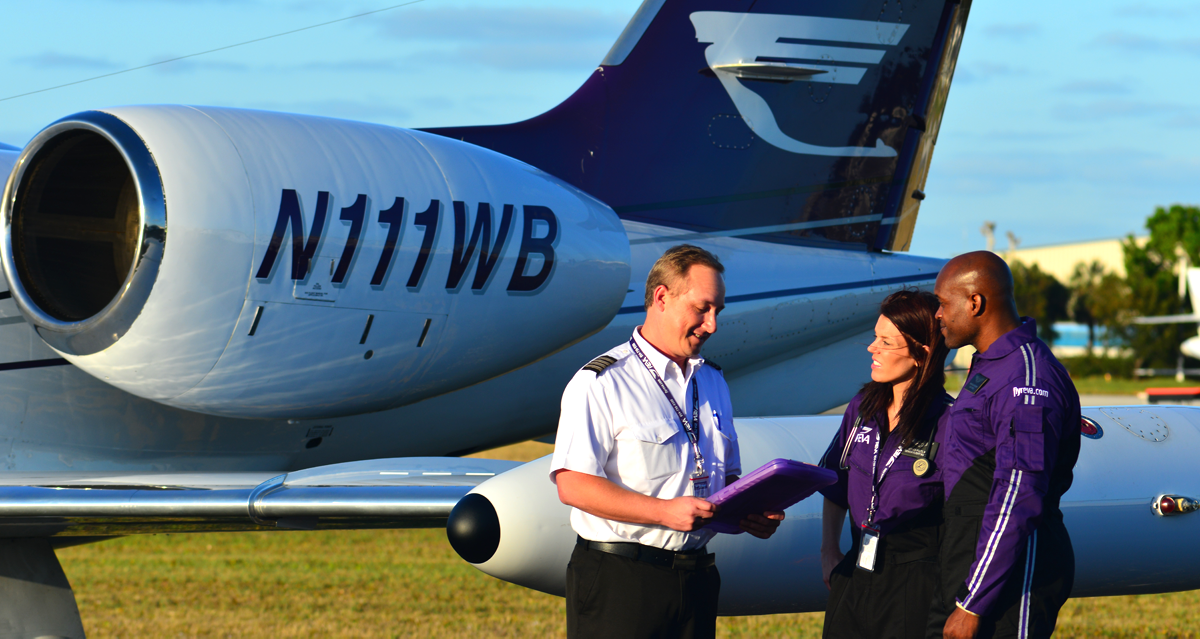 “The unique configuration of REVA’s fixed-wing Learjet fleet meets the aero-medical industry’s need for fast, long-distance-air ambulance travel over a wide geographical range. Its economies of scale have outgrown the need to station numerous planes at peripheral outposts. Instead, a year-long internal study of safety, efficiencies, and customer needs demonstrated that repositioning the flight and training operations that had been in El Cajon, Calif., to Phoenix creates a stronger training and response environment for Western Canada, the United States, Baja, and Mexico,” commented Weisz.

“As part of the reconfiguration, REVA has based a second long-range Learjet 35A and increased the number of medical staff and aviation professionals at Phoenix Sky Harbor International Airport,” Weisz explained. REVA’s presence in the region now tops 70 personnel with advanced training in several aero-medical and group-support specialties.

REVA’s success reflects a very high level of brand awareness based on consistently excellent medical services, highly-qualified aviation teams, and REVA’s ability to surpass both patient and client expectations and needs throughout each mission – Douglas Weisz

Phoenix operations are strategically located to support REVA’s alliances with local healthcare Centers of Excellence, which routinely require advanced air-ambulance services. Permanent, on-demand jet ambulances around the clock, every day of the year enhance REVA’s ability to deliver direct air-medical transportation throughout the United States including Alaska, as well as Canada, and Mexico.

Field Training Officer Bobby Higginson, R.R.T.: “REVA’s on-site training has set a new standard for the West Coast. The Human Patient Simulator gives us interactive, real-world scenarios at the most challenging levels at every training session. We can reproduce any vital sign, any heart rhythm, and create every medical situation we can think of during training and advanced certification exercises.”

Case Manager Jon Rosati: “REVA has a seamless network of support that works with clients and private-pay patients to schedule both emergency and planned air-ambulance flights. We staff a state-of-the-art communications center 24/7 and can fly 365 days a year. Every medical flight is staffed to meet the needs of each patient and client. Our medical teams include ICU- experienced and flight-certified nurses, respiratory therapists, and paramedics, as well as MDs whenever needed.”

REVA’s base in Phoenix with its two Learjet 35As, delivers quality care and efficient service throughout top U.S. and international travel destinations, including Canada and Mexico.

The Learjet 35A is an ideal aircraft for medical transports inside the United States and for medical cases that do not require large numbers of additional passengers.