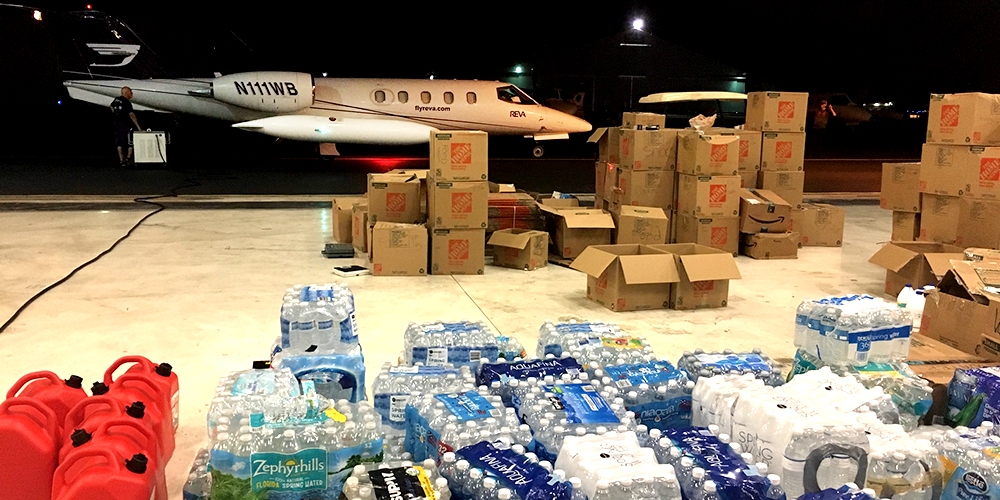 At the same time Puerto Rico began dealing with the devastation left in the wake of Hurricane Maria, REVA was beginning to provide help by delivering supplies to the battered island.

REVA outfitted one of its ambulance aircraft to fly aid to San Juan, hit hard by a storm Puerto Rico Gov. Ricardo Rossello has called the most devastating in a century. It knocked out the U.S. territory’s entire electricity and telecoms infrastructure.

REVA, the largest fixed-wing, aero-medical services provider in the Americas, wants to extend its gratitude to Rabbis David Steinhardt and David Englander, as well as the entire B’nai Torah Congregation of Boca Raton, Fla., for generously donating to the relief effort.