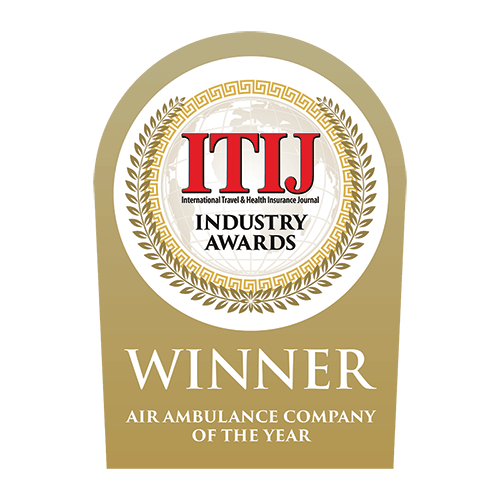 REVA has been named a finalist in the competition for Air Ambulance Company of the Year by International Travel and Health Insurance Journal.

North America’s largest fixed-wing jet air-ambulance service was selected from a number of entries in the competitive and prominent contest. In its 16th year, the competition is sponsored by the UK–based ITIJ, which covers the travel insurance, air ambulance, assistance and repatriation, and cost containment industries.

“We’re certainly honored to be nominated,” said REVA’s Senior Vice President of Sales and Marketing. “This is a very prestigious award, and the nomination comes solely because of the dedication of the team at REVA.”

The ITIJ Awards are known as the Oscars of the industry. The winner will be chosen by a panel of industry specialists. The criteria include verifiable data and documentation regarding business growth, community involvement, innovation, client relationships, and staff training.

The winner will be announced Nov. 1 at the ITIJ Awards ceremony during the ITIC Global at Hotel President Wilson in Geneva, Switzerland.