Anthony Jasenski, Chairman of the Schenectady County Legislature said, “REVA considered airports all over the Northeastern United States. We are so proud that they have selected the Schenectady County Airport for the company’s new Northeastern Flight Operations Center.”
REVA will lease office and hangar space at the County Airport from Richmor Aviation. Working closely with the County, Richmor built a new 20,000 square foot hangar that opened earlier this year. 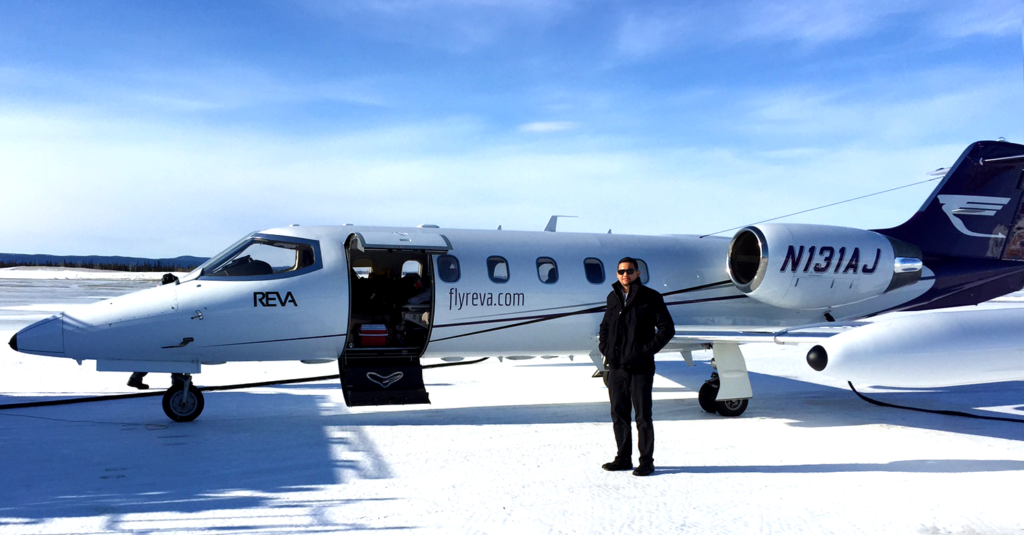 “Richmor is proud to welcome REVA to our new hangar, it was a great team effort with the County that brought this growing aero-medical company to the Schenectady County Airport,” said Mahlon Richards, President of Richmor Aviation.

“We are very excited to institute a permanent base for REVA in the Northeast. This addition will expand our geographical reach thereby allowing our services to become more efficient.” Stuart Hayman, Founder and CEO of REVA

From the Schenectady County Airport, REVA will service the Northeastern and Midwestern states plus Eastern Canada, Western Europe and Bermuda. The company will base two Lear Jets at the County Airport creating 12 new, full-time jobs based in Glenville. The company will also create about 50 part-time medical jobs as the company hires local Registered Flight Nurses, Paramedics, Respiratory Therapists, and Physicians for medical-transport flights.

REVA will work with Schenectady County Community College which operates an Aviation program, an air traffic controllers program, as well as programs to train people for careers in health care. The Schenectady County Metroplex Development Authority will provide a $36,000 grant toward project costs.

Ray Gillen, Metroplex Chair said, “REVA brings a fast-growing aircraft company to Schenectady County’s Airport Business Park. This is great news, and we appreciate the team effort by Metroplex and Richmor that helped bring this company to our community. “

The Schenectady County Airport is home to the 109th Airlift Wing of the NYS Air National Guard, the only ski-equipped aircraft in the Air Force; a Naval Operations Support Center; the County’s Ice Rink; SCCC’s aviation programs; Richmor Aviation; Fortitech; several privately owned hangars and three shovel ready sites plus four acres on the flight line for companies interested in relocating to or expanding to Schenectady County.