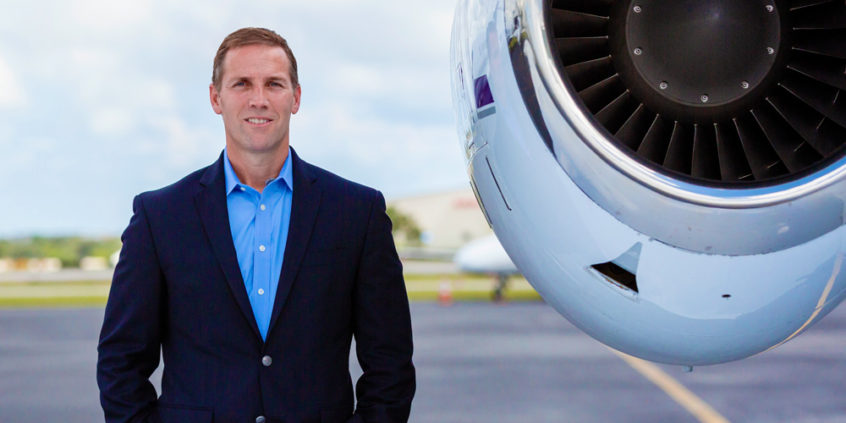 FORT LAUDERDALE, Fla. — Shannon Schell, who became known for his consistent approach to policy and his laser focus to detail during four years of running the day-to-day operations of REVA, has been promoted to Chief Executive Officer, the air ambulance company announced.

Schell, who joined REVA as Chief Operating Officer in 2015 and was promoted to President in 2017, takes over for Stuart Hayman, Co-Founder of the company. Hayman is stepping down after 22 years but will continue to serve in an advisory capacity and remain on the board of directors.

“Stuart is a pioneer of the air ambulance industry,” Schell said. “I see my job as cultivating REVA’s strengths such as client service and safety, and ensuring we remain the company that sets the industry standard for years to come.”

Schell’s experience with REVA ensures a smooth transition. He made significant improvements to the company’s operational performance and implemented industry-leading metrics reporting, among other   important improvements. He came to REVA after 20 years in executive roles with global logistics companies.

“I’m excited to be leading REVA into the future and strengthening our position as a leader and innovator in our industry,” Schell said.

Under Hayman’s guidance, the company grew from one aircraft, three employees and one base of operations to more than twenty aircraft at four bases of operations with over 350 employees.

“That kind of growth doesn’t happen by accident,” said Schell. “What Stuart did was to create one of the great specialty service companies in the world. It will be my job to continue that growth without compromising the standards set by Stuart. Let’s get ready to fly even higher.”

“I’m leaving a great company in great hands,” Hayman said. “REVA will always remain focused on its mission to lead the industry in providing the highest quality patient care and relentless focus on safety for our patients, customers and employees.”

In the end, Schell said, the key to REVA’s success has been its people. From the medical staff, to the pilots and aircraft personnel, to the administrative team. Everyone has contributed.

“The REVA team and the customers I’ve had the opportunity to work with over the past four years are some of the best people in the business,” he said. “Working alongside this group will be a pleasure.”

Hayman reflected on his more than two decades with REVA and its prospects for the future.

“REVA experienced tremendous growth and reached the highest levels of customer safety and service during my years, but it is time now for me to move on,” he said. “I fully expect the company to reach even greater heights under Shannon’s leadership.”