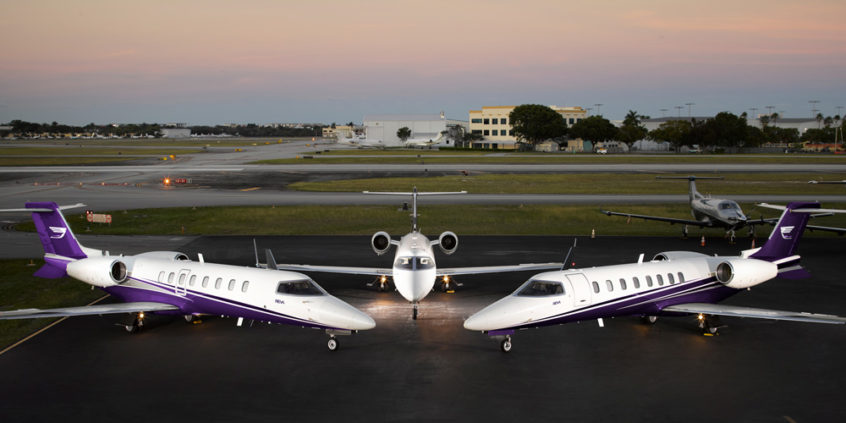 “The Learjet 45XR, with its speed, range, versatility and reliability will make an exceptional addition to our fleet” said Shannon Schell, REVA’s Chief Executive Officer. “The transition to the more modern L45XR is a significant milestone for REVA and will further solidify the Company’s market leading position in the fixed-wing air medical transport industry. REVA now has not only the largest fleet, but going forward, the Company will also have the most modern fleet in the fixed-wing air ambulance industry. The Learjet 45XR is a meaningful upgrade from the Learjet 35’s and will provide for greater uptime, reliability, and consistency for our clients. We are extremely excited about this transition and what it means for our clients, our employees and the company’s future.”

The Learjet 45XR is a mid-size jet with an interior that lends itself to simple modifications for comfortable and accessible medical configurations. In comparison to the Learjet 35, these new aircraft come with an expanded cabin, more headroom and overall superior comfort for the patient and their family.

Additional space inside the aircraft means that REVA’s medical teams will have more room to maneuver while providing the best patient care possible.

“The patient experience is a key focus at REVA,” said Philip Spizale, Chief Sales Officer. “These aircraft will enhance REVA’s ability to deliver on that experience, in addition to providing comfortable and accessible seating for our medical teams and accompanying passengers.”

Not only is the interior easy to modify to meet and exceed air-medical-transport requirements, but the jets perform in the air too. Their range is more than 2,000 miles and they’re fast with cruising speeds approaching 440 knots.

“These are modern aircraft built by a company with a proven track record,” Schell said. “The Learjet is a fantastic aircraft for the medical-transport industry. Its safety record and dependability have set the standard in the private aircraft industry as a whole. These additions to our fleet create even more value in our service offering, which is what our clients expect from REVA.”

Schell continued, “REVA will proceed to move in a direction that results in the most modern and reliable fleet in the industry. This effort, coupled with continuous crew training and the latest technology available in medical equipment and aircraft, will raise the bar in the air-medical-transport industry once again.”

The new 45XRs will initially be based at REVA’s headquarters in Fort Lauderdale, Florida. REVA also operates from bases in New York, Arizona and Puerto Rico.

REVA plans to transition various aircraft within the fleet and replace them with more of these modern, reliable, more efficient and extra spacious aircraft over the next 18 months. Additional upgrades and expansion for the company will be coming in the near future.