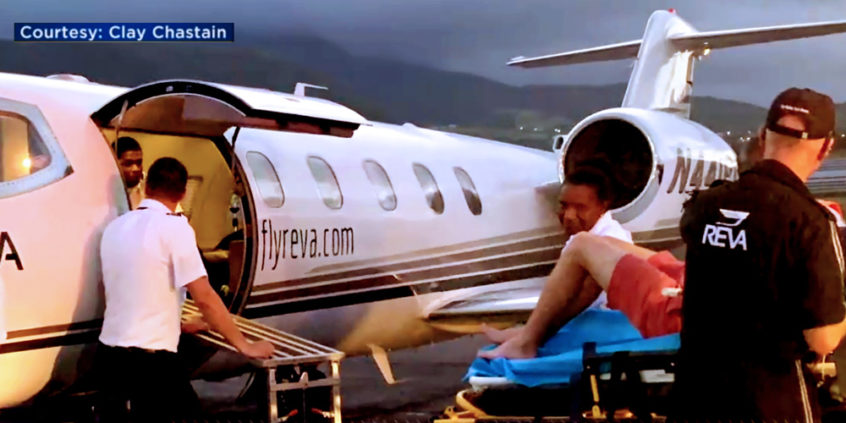 FORT LAUDERDALE, Fla. — REVA recently played a critical role in the rescue of an Indiana man who fell inside a dormant volcano in St. Kitts. REVA, North America’s largest fixed-wing jet air-ambulance service, evacuated the man to a Fort Lauderdale hospital after his wife rescued him and called for help.  The couple, Clay and Acaimie Chastain, were spending their … END_OF_DOCUMENT_TOKEN_TO_BE_REPLACED

REVA was there to help transport mom, dad, and baby from Greece to UK