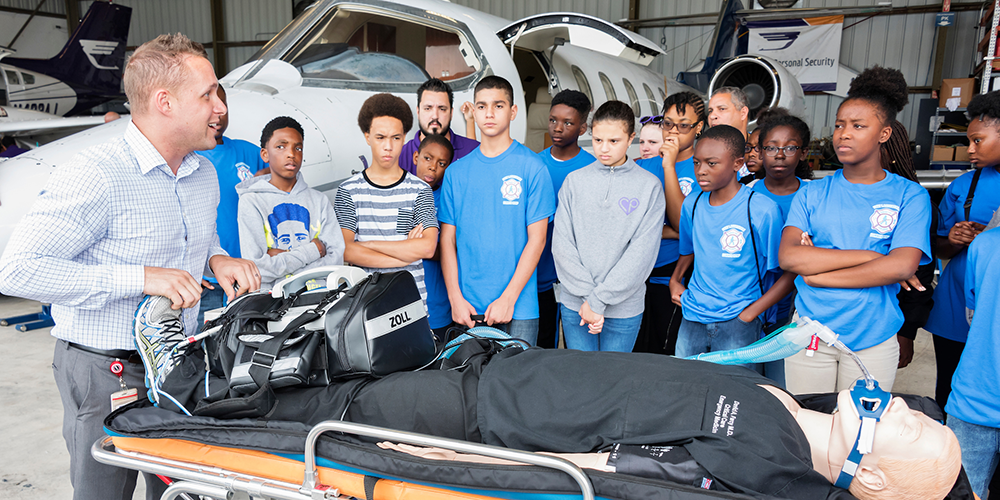 “It was another reaffirmation that the aviation industry needs to continue to reach out to youth groups, students, and the local community,” he said. “Though many people are fascinated with seeing an airplane, most still do not realize that there are many more opportunities in aviation beyond being a pilot or the jobs they may see someone doing when taking a commercial airline flight.”

“Though many people are fascinated with seeing an airplane, most still do not realize that there are many more opportunities in aviation beyond being a pilot or the jobs they may see someone doing when taking a commercial airline flight.”

The Explorers, ages 8 to 15, got a chance to see the aircraft REVA uses to transport patients and their caregivers. A stretcher was along the equipment on display. So was the Human Simulator used in medical training. 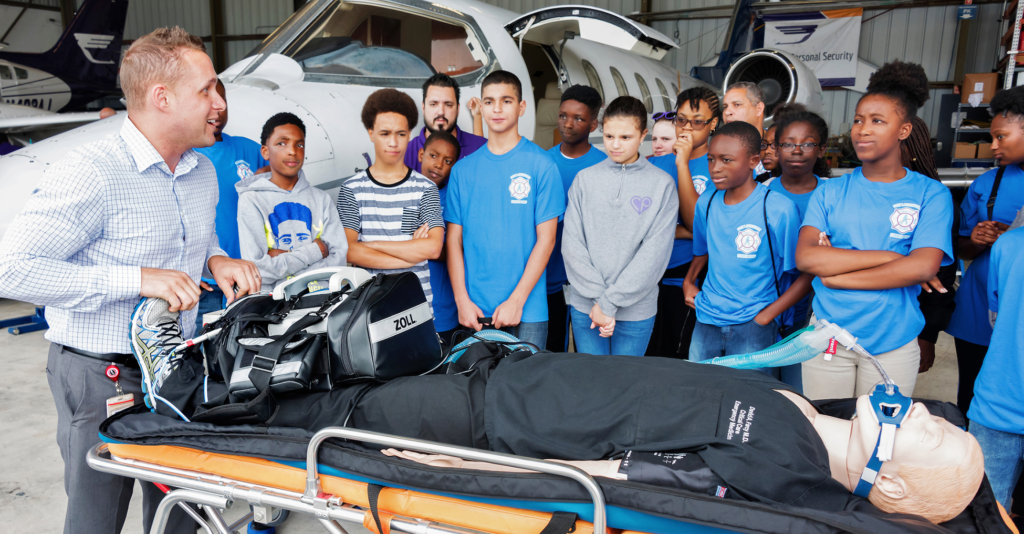 The Human Simulator drew the most interest from the group, which included several adults.

The 30-minute tour, which took place in June, was one of several such events REVA has hosted over the years. It came about at the request of airport administration, and included REVA’s Sean Bryan, a nurse in the medical department; Alain Vallejo, maintenance manager; and Van Bishop, pilot training manager.

The tour gave REVA folks a chance to learn something about the kids. It didn’t hurt that part of what they learned was the kids could form a pretty good talent pool one day. What was needed to become part of a medical team in terms of certifications and experience was among the top questions.“The kids’ aspirations were mainly in the medical field or of being a firefighter/paramedic,” Werth said. “When asked specifically what they wanted to be when they grew up, each one of their choices would fit within the air ambulance industry and some in other parts of aviation as well.”

Werth said the youths were “enthusiastic and inquisitive.” Much of what they wanted to know focused on the cool stuff REVA does – how fast the planes go, how high, where to.

The adults, Werth said, were no different from “what we have experienced in the past. Just like the kids, most do not know of fixed-wing air ambulance and the wide-ranging possibilities within aviation. This was an excellent opportunity to present the services that air ambulance provides and the positive impact that FXE and similar airports have.”