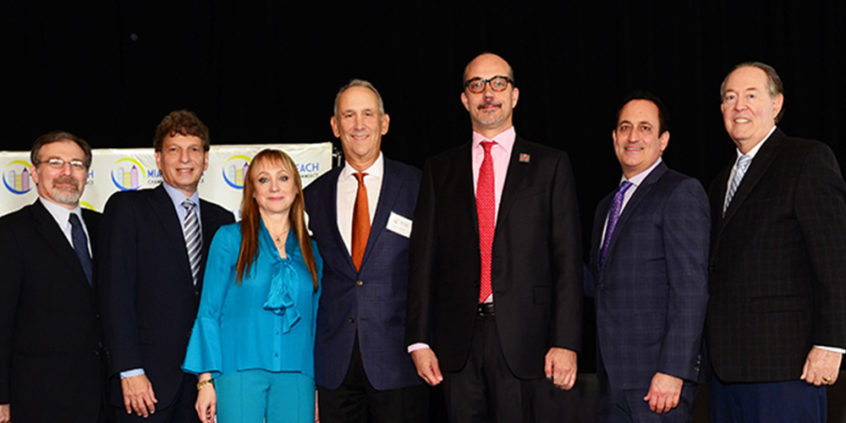 Dr. David A. Farcy, Medical Director for REVA, was recognized for his work with first responders and law enforcement by the Miami Beach Chamber of Commerce’s Pillar Board. The award was made during the Chamber’s fifth annual Heroes Breakfast.

Dr. Farcy, Chairman of the Department of Emergency Medicine at Mount Sinai Medical Center and President of the American Academy of Emergency Medicine, has worked closely with City of Miami Beach police officers, firefighters and ocean rescue first responders to ensure seamless emergency care for Miami Beach’s residents and visitors.

“He’s passionate about improving prehospital and disaster medicine. He has assisted in the aftermath of Hurricane Andrew, the Mexico City earthquake, Hurricane Mitch, the September 11 attacks and the earthquake in Haiti,” said Steven D. Sonenreich, Mount Sinai Medical Center’s President and CEO, while presenting Farcy with the award.

Dr. Farcy is the first physician to receive an EMS award in the history of the program.

“This is a unique honor that is very special to me,” Dr. Farcy said. “That I’m the first physician to receive such recognition is truly humbling. But it means just as much that it is coming for my work with people who put their lives on the line every day to help protect our communities.”

“I want to congratulate Dr. Farcy on behalf of the entire REVA team,” said Shannon Schell, REVA’s President and Chief Operating Officer. “The recognition affirms his dedication to emergency medical care, which is REVA’s specialty. We’re thankful for Dr. Farcy’s support of the real heroes in our community and the people they serve.”

The event continued the Miami Beach Chamber of Commerce’s tradition of recognizing the accomplishments of outstanding individuals doing brave work in the community. Those cited included three police officers, two firefighters, a lifeguard, a 911 operator and a K-9 named Valor.