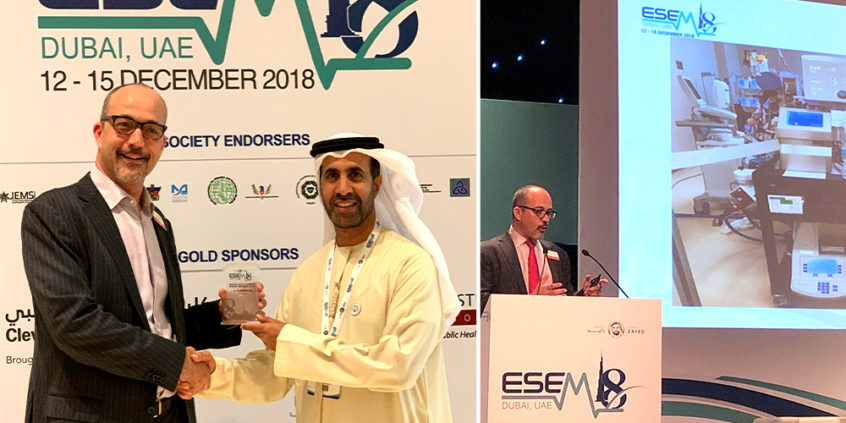 Dr. David Farcy, medical director for REVA, was recently honored by the Emirates Society of Emergency Medicine during an international conference.

As part of the fifth annual Congress on Emergency Medicine, Dr. Farcy was recognized for his clinical support to the development of emergency and critical care medicine in the Gulf Region. The conference was held in mid-December in Dubai, United Arab Emirates. More than 1,200 delegates from over 30 countries participated in the event. 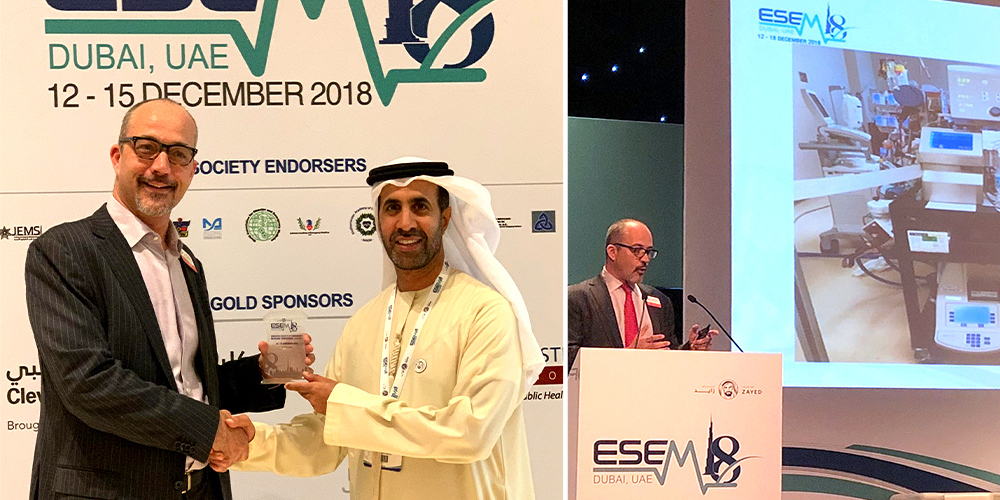 “I am honored and humbled to receive such a prestigious award,” Dr. Farcy said. “ESEM is an organization dedicated to advancing emergency medicine in the Middle East,” he continued. “The core of emergency medicine is saving lives. My work represents a small contribution to a much larger pursuit.”

Dr. Farcy joined REVA, North America’s largest fixed-wing jet air-ambulance service, in November 2015. He brought with him a wealth of knowledge in emergency care and critical-care medicine. In addition to his role as REVA’s medical director, Dr. Farcy serves as chairman of the Department of Emergency Medicine at Mount Sinai Medical Center in Miami. He is one of 12 doctors at Mount Sinai Medical Center who specializes in emergency medicine.

He is a clinical associate professor in the Department of Emergency Medicine and Critical Care at Florida International University’s Herbert Wertheim College of Medicine.

Dr. Farcy is president of the American Academy of Emergency Medicine and is the senior editor of Critical Care Emergency Medicine, the leading textbook for his sub-specialty. He is also a published author in medical journals and is licensed to practice medicine in Florida, New York, and Arizona.

“The honor Dr. Farcy received is well-earned recognition of his work in the field of emergency medicine,” said Stuart Hayman, ceo of REVA. “It speaks to his standing in the international medical community, and it speaks to the caliber of professionals who dedicate themselves daily to REVA’s success.”

“Dr. Farcy is a key contributor to keeping REVA the industry leader in fixed-wing air-medical transportation.”

Before earning his medical degree from Universidad Autonoma de Guadalajara, Jalisco, Mexico, Dr. Farcy graduated from Texas Tech University with a bachelor’s degree in psychology. He completed his residency in emergency medicine at Maimonides Medical Center in Brooklyn, N.Y. and a critical-care fellowship at R. Adams Cowley Shock Trauma Center in Baltimore.