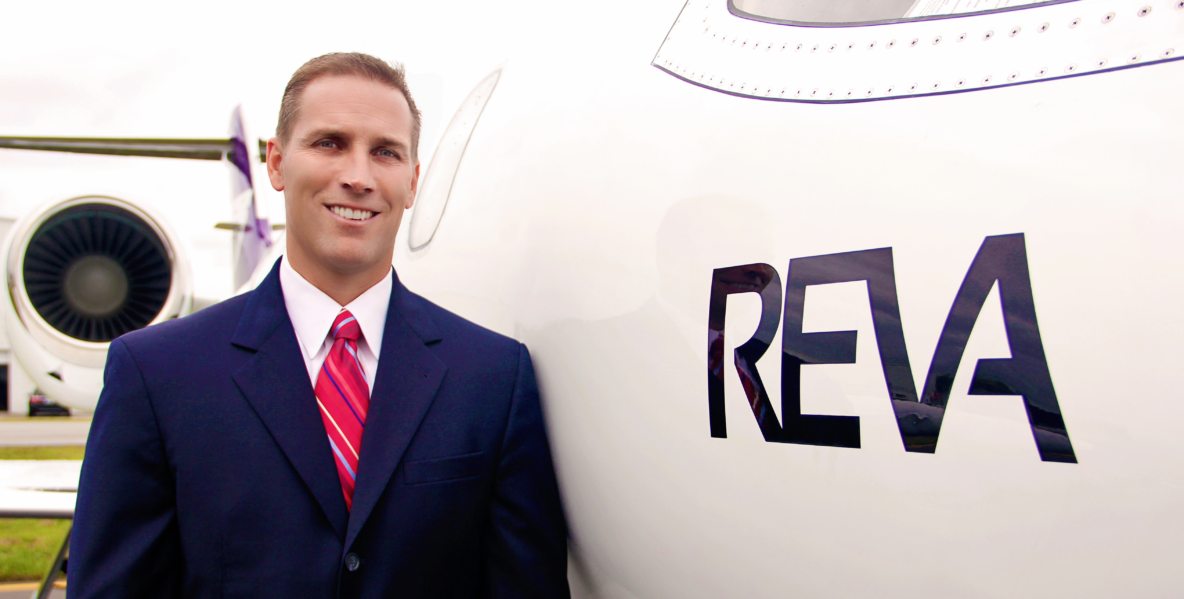 FORT LAUDERDALE, Fla.—North America’s largest fleet of fixed-wing, air-ambulance jets, REVA, Inc., announced it has deepened its corporate leadership in the areas of operations and strategic planning in response to a continuing upward trend in worldwide demand for fast, safe medical flights.

Shannon Schell has been named Chief Operating Officer for REVA, Inc., which operates aero-med flights worldwide. Mr. Schell has been overseeing the company’s recent jet fleet expansion, its global logistics, and day-to-day operations since his appointment earlier this summer.

“We are extraordinarily pleased to have Mr. Schell on board at REVA,” said Stuart Hayman, company founder and Chief Executive Officer. “Mr. Schell brings 25 years of outstanding accomplishments in all areas of operations, including logistics, strategic planning, and risk management.”

Mr. Hayman noted that Mr. Schell has been in charge of day-to-day operations since June. As a result, REVA is more ready than ever to meet the peak demand of the 2015-16 travel-and-tourism season, and at the same time, he said, “continue fulfilling our missions for organ and tissue transportation and regular contracts serving major medical centers—all while pursuing long-term growth.”

Mr. Schell said that meaningful, profitable expansion will be associated with several strategies: “At the top of my list are two key areas: highly efficient aircraft fleet operations and advanced training methods.”

Maximizing fleet efficiency depends on fine-tuning the logistics of everything from fueling to staffing, he added. Good logistical planning and implementation will generate efficiencies that lower expenses: “Using such expensive assets as medically equipped Learjets to generate revenue instead of costs is the challenge in a nutshell.” In addition, REVA’s recent investment in a state-of-the-art, flight-operations center is a major indicator of how ready and willing the company is to invest in systems capable of “down to the-minute” efficiencies, Mr. Schell said.

Advanced training methods will expand REVA’s safety, certification, and training programs across all of its bases and reach every professional and support person: “Think of it as REVA University, with the eventual goal of awarding industry-recognized certifications based on verified, measurable performance standards and knowledge bases,” Mr. Schell said. “The safety and training program already in place at REVA is a strong foundation for growing this process as the company advances its leadership role in this area.”

Mr. Schell, who earned his Bachelors Degree in Engineering Management at the University of North Dakota and his M.B.A. at Bellevue University, Bellevue, Neb., comes to REVA, Inc., from UniTek Global Services, where he had been senior vice president of supply chain and engineering, accountable for operations at more than 90 facilities across the US and Canada. Before that, he had been COO for SWI Group, an international $100M concern that included manufacturing, distribution, wholesale, and retail operations. Shannon also held senior management roles at United Parcel Service (UPS) for over two decades, including Director of Engineering and Operations, in the Midwest, Northeast, Mid-Atlantic and Florida territories, and overseeing a staff of 5,500 employees.

“I am very excited to be a part of REVA,” Mr. Schell said. “Everyone throughout the entire organization has exceeded my expectations in their enthusiasm and willingness to change and grow.”