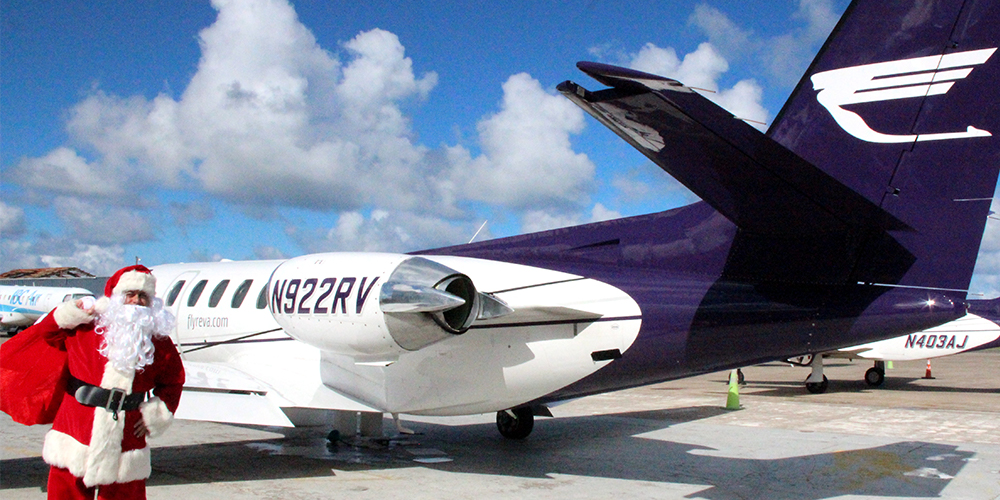 Fort Lauderdale, Fla. – REVA, an air ambulance company that performs rescue operations every day, carried out a special mission over the Christmas holiday.

Employees of the company’s San Juan office handed out gifts to more than 50 children at Hospital Pediatrico Universitario Dr. Antonio Ortiz in Barrio Monacillos, Rio Piedras, Puerto Rico. They had conducted a toy drive in conjunction with employees at the company’s headquarters in Fort Lauderdale, Fla., before delivering the gifts Dec. 20.

“This was a team effort,” said Carmen Mojica, Caribbean account executive who organized the drive for the San Juan office along with José Pérez, base manager. “These children are not going to be home for Christmas, and all of REVA – management and employees — joined in the effort to make these children feel better.

“Overall, we thank all our REVA employees who have participated in this toy drive as well as President & COO Shannon Schell, CEO Stuart Hayman, CSO Philip Spizale, and HR Director Kendal Stoltz.”

“Patients and hospital staff members danced, clapped and gave our REVA team a warm welcome,” she said. “All were quite excited and happy with our REVA toy-drive event. They invited us again next year.”

The point to the event, Mojica said, was to “bring the kids some joy.”

Joy has been hard to find on the island after the devastation caused by Hurricane Maria in October. REVA itself took a hit from the storm, which blew the roof off a hangar and demolished the building’s rear. Despite the circumstances, REVA was the first civilian aircraft to touch down to help after the hurricane and continues aiding recovery efforts.